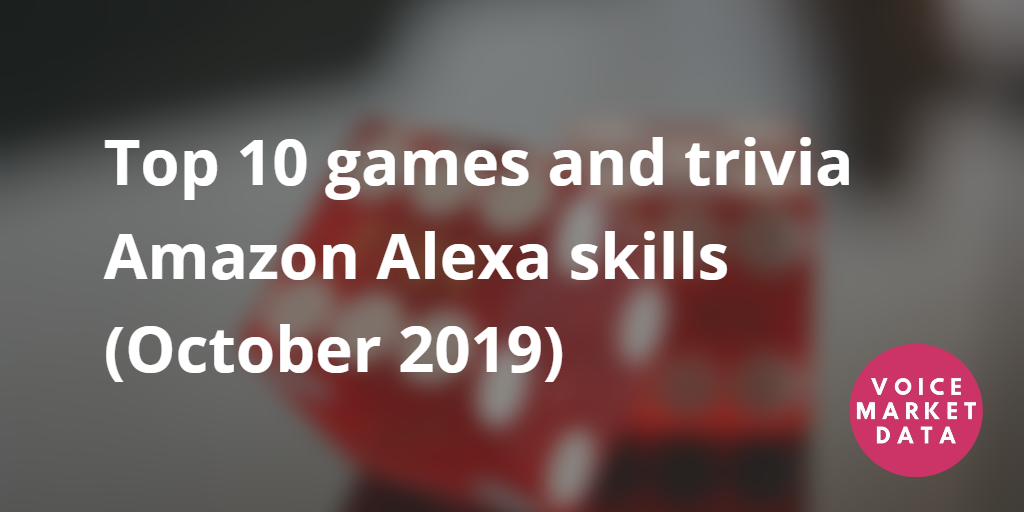 These top skills likely won’t see decreases in their use base. They’re all wildly popular and well reviewed (though it does seem like Categories Game could drop below 4 stars…). The only way I see a new skill sneak into the top 10 is for well recognized property to develop a skill. I’m thinking Wheel of Fortune, Family Feud, or something like that. Most interesting is that because of Alexa’s loose copyright enforcement, someone could probably get away with “Wheel of Fortunes” and piggy back on the show’s brand for a few years until someone caught on.

There are two reason why someone would want to have a popular skill.
1. Alexa sends cash to developers of popular skills: I made Poop Detective and I’ve received a cheque in the mail for the past few months.
2. In-skill purchases: You can sell additional content for money. The more users your skill has, the more likely it is someone will buy this content (and you will make money).

Listen to thousands of songs by your favorite artists from the past 60 years! Guess the correct title and artist for points. Challenge your friends and family in live competitions or compete head to head against music fans across the country!
Random review: If I could give a 4.5 rating, I would. Mostly I enjoy it; however, as others have noted, there are a few flaws: Sometimes we will guess the right song and still be told it’s wrong. And the number of times we have guessed correctly a title correctly and been told, “That answer is wrong. The correct title is You Light Up My LIfe” leaves us in hysterics. It’s one song we have never heard used when we play the game. Also, if we guess a song title and artist, and the title is wrong but the artist is correct, we still get told by Alexa that the answer is wrong. The only way we can get the half credit for artist is if we do not suggest a song title and if we specifically say, “The artist is ….” The easiest way for this to be corrected probably is for the response format to be changed so that players specifically need to say, “”The song title is ….., and the artist is …..”” I like the suggestion that a few others have made here. Get half credit for the song title OR the artist, and full credit for both. Can you add 50s music, and maybe even 40s music to the mix? It’s a fun game to play for many ages. (Just a suggestion!) It would also be fun to have some genres added, such as classical music and country music. (5 out of 5)

With a single voice command, test your knowledge with new clues every weekday

Random review: It’s just not the same any more. Now Alexa rushes through the questions like you are bothering her. We’re not interested in the teen or sports on the weekends. Is Mr Trebec aware of this change? (1 out of 5)

Every day, Question of the Day poses a new trivia question for you to respond to, from arts and entertainment to literature and science.
Random review: I really enjoy this … the only problem is that Alexa sometimes does not hear the answer correctly, even though I try very hard to enunciate. It’s frustrating when I’ve gotten the answer right — not even by guessing, but actually knew it — and Alexa comes back and tells me I’ve gotten it wrong! (4 out of 5)

Would You Rather for Family is a simple but addicting game where you make a choice between two lighthearted and silly situations.
Random review: Played this game with teenage kids, and it generated a lot of laughs. The questions are fun, engaging, and unique. Some of the questions were funny, like, “would you rather have pink fur or purple feathers?” Other questions were uncomfortable but family-friendly, like, “would you rather be attacked by a zombie or attacked by a shark?” We never had an instance of a repeated question during the ten minute session. We liked that the game feedback like clapping and crowd noise, as well as statistics about how many other people agreed with the answer chosen.
The game opens up and gets right down to play, without a long introduction or commercials. After having tried out multiple games on Alexa, I appreciated that the developers limited the marketing info. (5 out of 5)

You are trapped in a room. It’s up to you and only you to escape.Search your room, pick up items, and solve puzzles to find your way out. There are three rooms to choose from and more being added.
Random review: Can be challenging, but still very fun. I have escaped the jail cell. Now I’m trying to escape the garage. It would be nice if Alexa would remain on while you are playing, sometimes I need a few moments to think. Alexa asks, “what would you like to do?” a few times and then shuts down. It would help to have the option to say “I’m thinking” and Alexa would pause for like 30 seconds or a minute. However, this doesn’t change the fact that these are well thought out and tricky! (5 out of 5)

Animal, Vegetable, Mineral, or Music Related? Think of anything and Alexa will try figure it out in twenty questions or less.Try out the new Music category to see if you can stump Alexa about your favorite singer or band!
Random review: This is one of my favorite Alexa skills. It’s well done, Alexa does a pretty good job guessing, and she even talks a little trash. 🙂 Unlike a lot of apps, there’s a constant natural flow of communication so the experience doesn’t hang. (5 out of 5)

You can talk to Pikachu about anything—you’re sure to hear all sorts of wonderful and charming responses.
Random review: i like it but its a little weired cause i watched it on youtube with this girl doing it and she red the review that someone gave it and said as i quote “Wouldn’t close no matter what i did very annoying. ruined what was very funny at first.” (5 out of 5)

The Magic Door is an Alexa-powered interactive adventure game with original stories.
Random review: I enjoyed my first adventure. I am over 65, but had fun and relaxed.It brought Smiles to my face and laughter.This is nice for kids but I think older people will enjoy this and relax and laugh.Very good. (4 out of 5)

Categories Game is a fast-paced word game. In this game, you will be presented with different categories and asked to come up with a word that begins with a certain letter in each category.
Random review: The voice recognition on this app is awful, in many cases all I have to do is mumble a nonsense word that starts with the appropriate letter, and it will come up with an answer that fits.
The game repeatedly exits when I don’t want it to, and from what I can tell, the number of games to unlock a new category starts counting over every time you restart the app. That’s crap. I have to get through 19 games to unlock the next level, and I have so far been unable to get to 10 because of crashes or something I said sounded like an exit word to the stupid app.
As other reviewers have noted, the game talks way too much. It repeatedly says that to suggest a new category, one should leave a 5-star review, so I won’t bother suggesting anything here since there is no way it’s getting five stars out of me. After this latest unwanted exit, I’m not sure I’ll play again. (2 out of 5)

Needy peasants. A backstabbing nobility. A king who is never satisfied. Nobody said that running a feudal fiefdom would be easy. But with this Alexa game, it is bound to be entertaining.
Random review: It gets 5 stars because it’s the most amusing game available. It’s a challenge to figure out how to avoid being banished or killed. Once you figure it out, you can survive until you’re stir crazy. Since it’s all about staying between 0 and 100, making the characters’ actions less predictable (and I don’t mean by changing the point values) would help make it more if a challenge. Good luck. (Stupid King won’t let me amass a fortune and overtake him.) (5 out of 5) 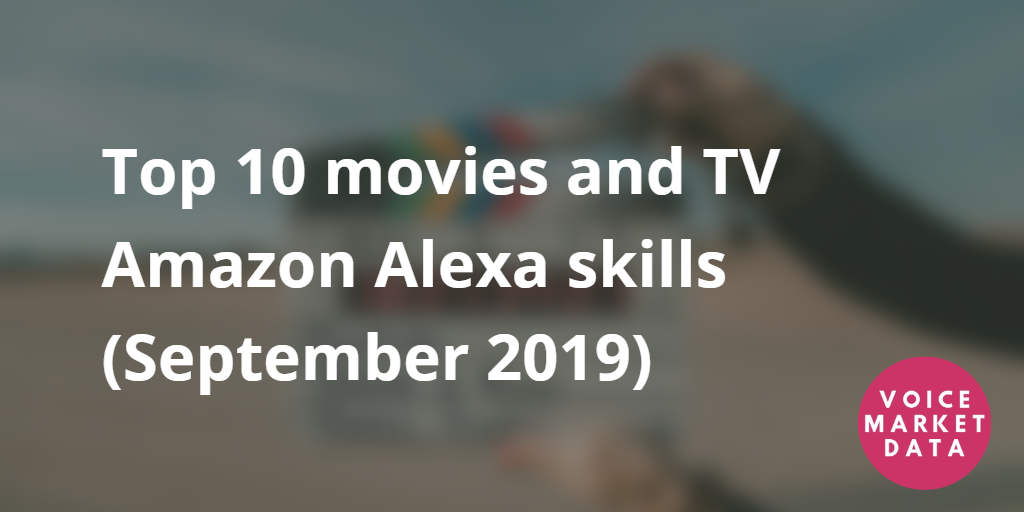 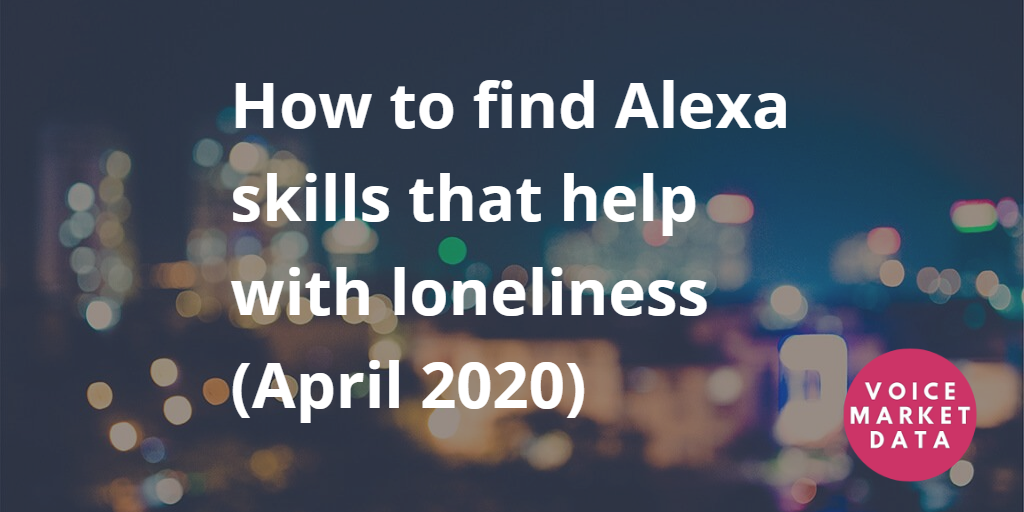 How to find Alexa skills that help with loneliness (April 2020)