These rating counts are cumulative, so it’s a sum of the ratings from all the markets where the skills have no reviews.

The common element that pops out to me for these skills is that their invocations are fairly simple. These are invocations that someone might simply try with Alexa, without much effort, as they are testing the device’s capabilities. I can very easily see someone asking Alexa to “bark like a dog” and it activating the skill by the same name. The user would never write a review for this skill because:

A while ago, Amazon implemented a feature where it would verbally cue users for a 1 to 5-star rating after they had used a skill. My own Poop Detective (on that list) has the verbal rating feature activated, so I’m sure people ask their Alexa device about poop, Alexa opens my skill, they use it, like it, and then they are asked for a 1 to 5-star rating. This is very low engagement and unless the skill was terrible, I suspect most people would give it 5 stars (I wrote a longer analysis on reviews vs ratings here).

Ultimately, what we can learn from this is that there is value to anticipate what people will randomly ask their Alexa device and create a skill with that sentence as its invocation. How many Alexa skills offer in-skill purchases? (US, December 2019) 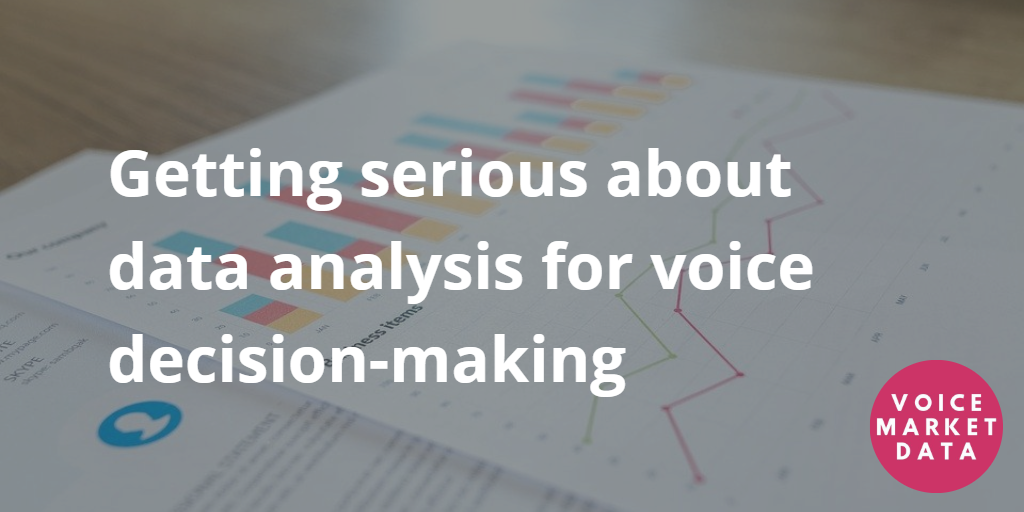 Getting serious about data analysis for voice decision-making: Notes on the Voicebot, Voices.com, and Pulse Labs’ study