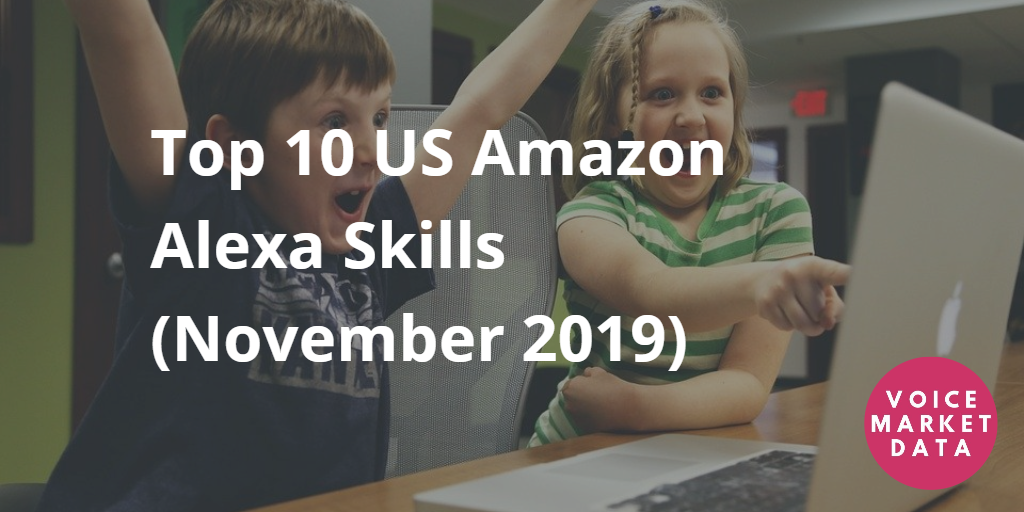 These 10 skills are objectively the most successful Alexa skills in the US market. As anyone would expect, there are three sound skills, but the rest paints an interesting picture of what works for Alexa. Of these skills, Jurassic Bark is the one that confuses me the most. It’s not particularly sophisticated, but someone, it’s the second most rated skill out there! I also don’t understand 4AFart, but I’m guess it was the first “fart” skill and I would expect people to ask Alexa to fart. If you understand why Jurassic Bark is so popular, let me know!

For those wondering, I standardized and ranked every skill for rating, number of ratings, and number of reviews. I then averaged the ranking for those 3 categories.

Guess the titles of your favorite songs from the past 60 years!
Random review: Alexa often  fails to interpret correct answers resulting in incorrect scoring. She does this even when she has repeated your answer correctly so obviously she interpreted it correctly. This can be very frustrating since she keeps track of you winning percentage. If not for the frustration factor it would definitely be a 5 star skill! (3 out of 5)

Get the true Jeopardy! experience now as you respond, just like contestants on the show!
Random review: Used to understand, now it asks me to answer in the form of a question half the time, which I was doing. Got rigt answer, was told it was wrong and the correct answer was exactly what I had said, word for word. (2 out of 5)

Alexa, humanity’s best digital assistant can now sounds like humanity’s best friend, just ask!
Random review: i like the barking but would be nice to have a looping feature. thank you (4 out of 5)

Get your daily horoscopes from ELLE + The Astro Twins.
Random review: I like the horoscopes. All I say to Alexa is “What’s the horoscope for Gemini,” and she fetches it right away. The only issue is that the horoscopes aren’t updated on a regular basis. Sometimes, I hear the same thing 3 days in a row. (3 out of 5)

Sleep Sounds lets you play ambient sounds to help you sleep peacefully or block out unwanted noise at work or home.
Random review: This is a decent skill to enable for Echo. Upon opening up you can ask Echo to list the sounds however she reads them so fast it can be difficult to keep track. This skill needs some work as once you open it you need to issue it the direct name of the sound you want immediately it asks “What can I do for you?”. Otherwise it will look for a band by that name to shuffle music for. It also does not really have the capability to switch between sounds, you will need to tell Echo to open sleep sounds each time and name the sound you wish to switch to. (4 out of 5)

Thunderstorm Sounds plays ambient sounds to help you sleep, relax, meditate, relieve stress, or block out unwanted noise.
Random review: UPDATE: I raised my review now that I’ve figured out how to get this to play all night. The app tells you that you can say “Alexa, ask Thunderstorm Sounds to loop” as a command. That’s how I initiated the skill the first time. It played, but it didn’t loop. The next night, I said “Alexa, open Thunderstorm Sounds” and then once it started playing, I said “Alexa, loop on”. And then it looped to infinity all night. It does fade all the way out and all the way back in when it reaches the loop, but since the track is an hour long, you will mostly likely be asleep by the time this fade-out happens. However, if you are a very light sleeper, you may be awakened by this. Otherwise, great sound quality – better than our sleep machine, which we have no replaced with Alexa. (4 out of 5)

Rain Sounds plays ambient sounds to help you sleep, relax, meditate, relieve stress, or block out unwanted noise.
Random review: Per the description, it is an “ambient noise loop of light rainfall”. To the reviewer that gave it a low rating because it doesn’t have thunder… it wasn’t advertised as such. It does what it says on the tin, and it does it well. I can listen to this while I am working without my dogs freaking out about the thunder.
It doesn’t help to give a bad review to a skill just because it isn’t exactly what you were looking for. (5 out of 5)

Listen to live radio from a nationwide network of NPR Member stations providing you with access to news from your community and around the world.
Random review: I hear NPR every day but not on this app so it would be cool to hear NPR on this app! (5 out of 5)

Just have Alexa ask for a fart and watch hilarity ensue as she lets one rip.
Random review: This is partly a failing on Amazon’s part. Amazon needs to allow people to block skill activation via voice.  Also with all the fart skills out there THIS is the only one that Amazon will auto enable via voice. (1 out of 5)

Find My Phone allows you to easily call your lost phone from Alexa! Now supports adding other numbers!
Random review: I consider myself very technology literate I’ve tried 4 different times of enabling and disabling. Alexa, asked me for the code I gave it four times. I gave my phoune number with area code and still nothing happened. Alex, ” said I’m going to try to call your phone now” my phone wasn’t on silent or vibrate but my phone never rang. Maybe, it’s because I’m using an Android Samsung Galaxy 8. Anyone else with the same issue using a Galaxy 8? (1 out of 5) 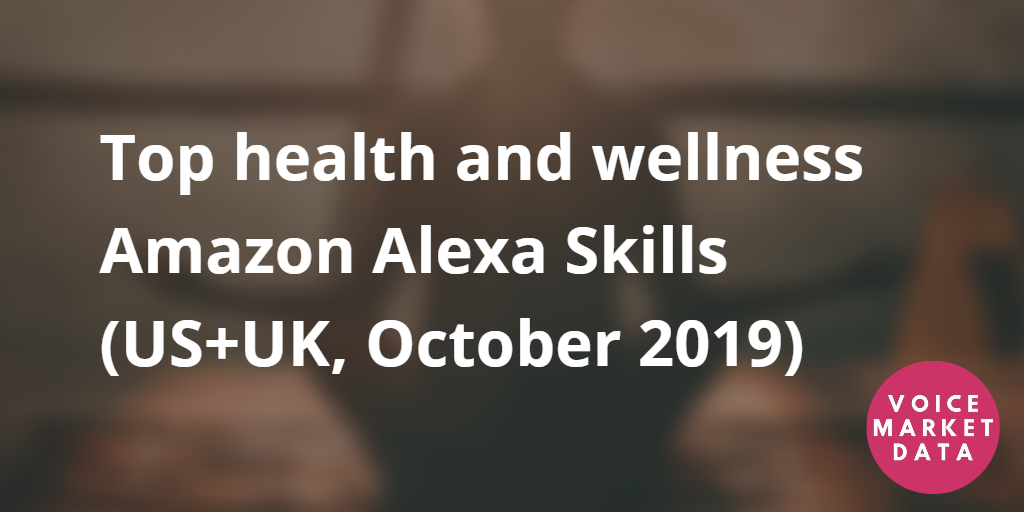 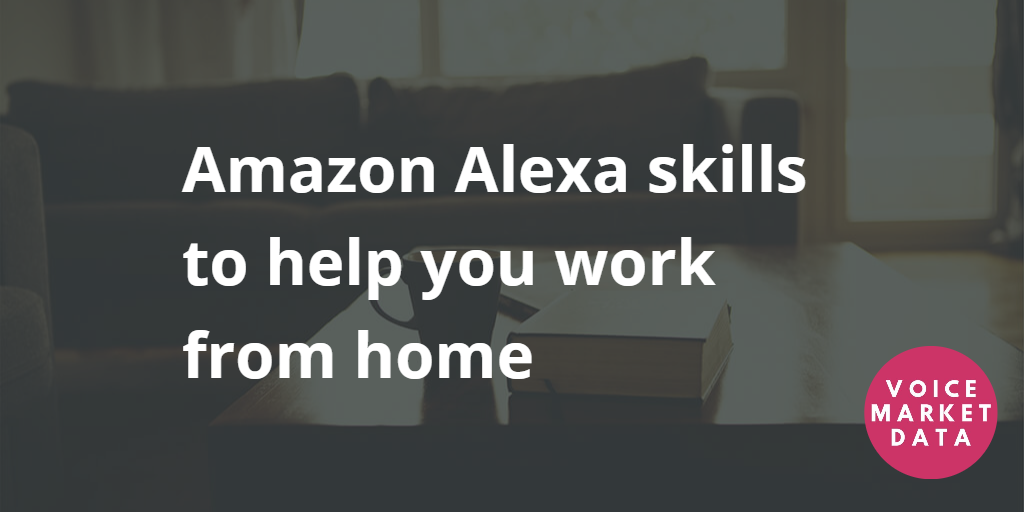 Alexa skills to help you work from home (April 2020) 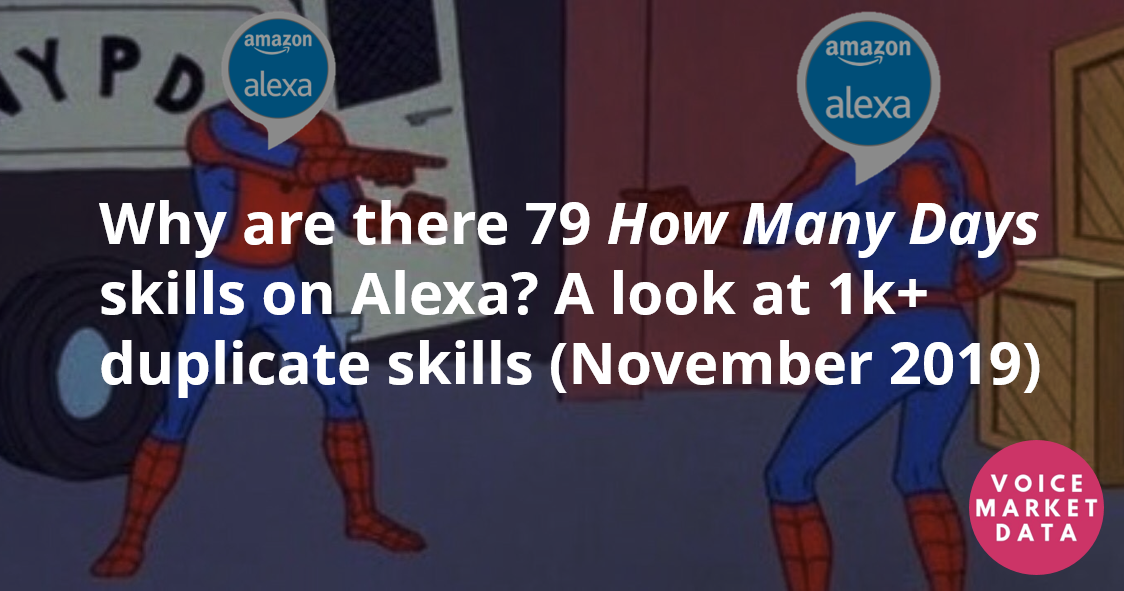 Why are there 79 How Many Days skills on Alexa? A look at 1k+ duplicate skills (November 2019)