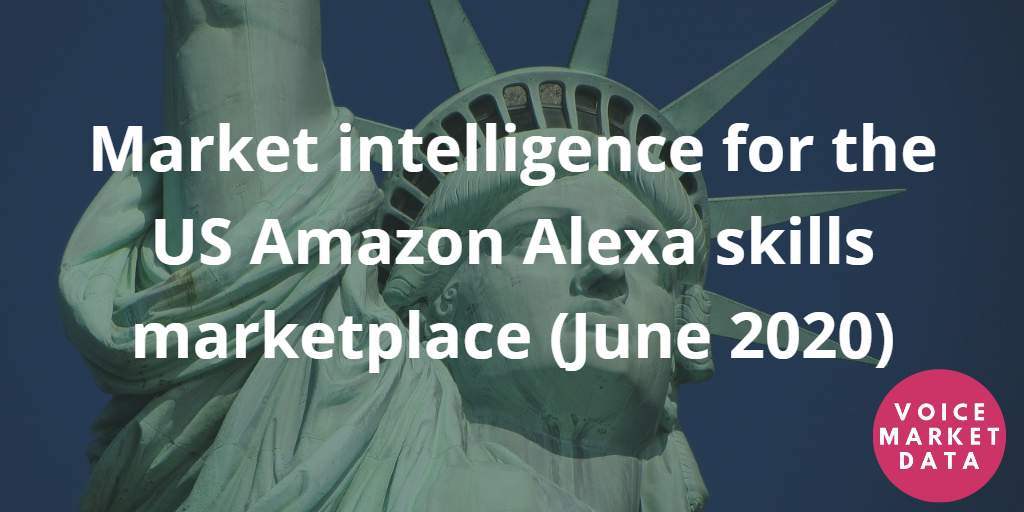 The US is home to the largest Amazon Alexa skills marketplace. Explore these top skills to see what works (and doesn’t) with the largest userbase.

* These numbers may not represent all skills on this marketplace

The top skills (per most ratings) on the American marketplace offer great insights into how people use their Alexa devices. Like with the Canadian marketplace, several top skills are one-off invocations – things people would mess around and randomly ask their Alexa device. It’s notable that the top “complex” skill, Jeopardy, is basically the device’s flagship skill (highly advertised) and still has fewer reviews than two fart skills and a barking skill.

Special shout-out to HUGO.FM for having two of the most popular “simple” skills and to Matchbox.io for having 2 highly rated skills that also have significant review engagement.

You might have noticed that Find my phone is by Matchbox.io Inc while Question of the day is by Matchbox.io. I suspect this is because Amazon does not support transferring skill ownership between developer accounts without losing all the reviews and ratings. When Matchbox.io acquired Opearlo, they gained access to Opearlo’s account and changed their name to reflect the new ownership. This particular quirk in the developer ecosystem (can’t transfer skills between accounts) is worth keeping an eye on since I could see developers wanting to acquire smaller popular skills and build their skill roster.

Only in the US

Did you know the US Alexa market has an exclusive Spanish language? It makes sense since the US is home to 41 million native Spanish speakers! However, this market is wildly under-represented with only 3 Spanish skills making it to the top 500 most rated skills.

The most important thing to note here is that there are no Spanish flash briefings in the top 500 most rated. Maybe you will be the person to fill that gap? 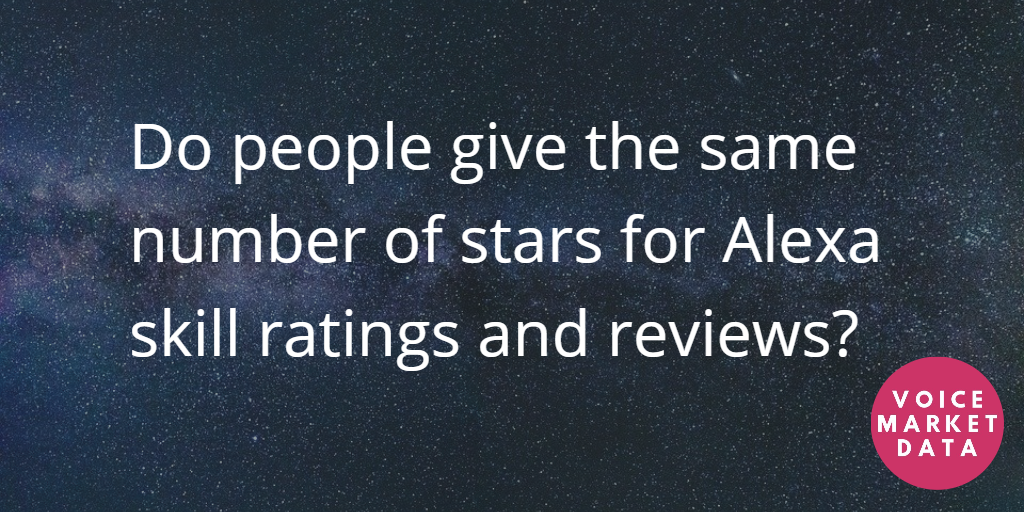 Do people give the same number of stars for Alexa skill ratings and reviews?